The Newman Society offers these Catholic Curriculum Standards as a resource for educators to help keep focus on what is unique about Catholic elementary and secondary education: its evangelizing mission to integrally form students in Christ and transmit a Christian worldview.

Standards are provided for English, history, mathematics, and scientific topics for grades K-12. They can be adopted entirely or adapted to fit with existing curriculum standards.

The K-12 standards and suggested readings in Appendix C for the reading/literature curriculum in Catholic schools reflect more than the uniqueness of their intellectual tradition. They also provide the academic rigor missing in most public school English language arts curricula.

Amidst widespread confusion about the nature and aims of the curriculum, these K-12 standards offer educators structured guidance on how to deliver a robust Catholic intellectual formation. A splendid achievement.

Dr. Ryan ToppingFellow of Thomas More College, and author of The Case for Catholic for Catholic Education
PreviousNext
1,189

Schools have implemented the Standards

Students in schools that have implemented the Standards

Dioceses have implemented the Standards

The United States Conference of Catholic Bishops (USCCB) Committee on Catholic Education released a document  in 2014 to guide Catholic schools in their approach to educational standards. It had been longstanding practice in Catholic education to rely heavily upon state standards for public schools, but this became increasingly controversial when many states shifted to the Common Core State Standards. The Committee advised:

Catholic schools must consider standards that support the mission and purpose of the school as a Catholic institution. Attempts to compartmentalize the religious and the secular in Catholic schools reflect a relativistic perspective by suggesting that faith is merely a private matter and does not have a significant bearing on how reality as a whole should be understood.

Such attempts are at odds with the integral approach to education that is a hallmark of Catholic schools. Standards that support an appropriate integration should be encouraged. Such standards are critical to Catholic education. The Church and the Catholic intellectual tradition it inspired have thought deeply and explicitly about these things for centuries; the challenge is to place them into a contemporary K-12 standards format without losing these deep spiritual and philosophical insights. Standards reflecting the Catholic intellectual tradition might then form the foundation of a school’s measures of success, or they might complement a school’s carefully selected academic standards that are already in use.

The scope and nature of this project entails research and inquiry into two areas: “What does the Church expect of its schools?” and “What sort of academic standards in each discipline might guide a school’s curriculum toward this end?” The Cardinal Newman Society undertook the first inquiry with its Principles of Catholic Identity in Education project. The second inquiry resulted in these Catholic Curriculum Standards. Research from the first inquiry resulted in the synthesis of key Church teachings into five principles of Catholic identity. They are:

Principles 1, 4, and 5 most directly guide the scope and of the Catholic Curriculum Standards.

The Catholic Curriculum Standards take into account guidance from Church documents which emphasize that Catholic education:

This framework guides the second part of the inquiry, “What sort of academic standards might serve to guide a school’s curriculum toward this end?”

The initial development of the standards was influenced by multiple sources, including Church documents, scholarly works related to Catholic education and the Catholic intellectual tradition, and books articulating the nature of liberal arts and classical education. The standards also reflect the educational philosophies of several faithful Catholic colleges in The Newman Guide to Choosing a Catholic College.

A series of meetings, focus groups, and contacts with academic subject area experts helped further refine the scope and nature of each discipline’s Catholic tradition and the complete standards; these experts represent Aquinas College (Nashville), Ave Maria University, Catholic University of America, Christendom College, Franciscan University of Steubenville, Thomas Aquinas College, Thomas More College of Liberal Arts, University of St. Thomas (Houston), and others. Cardinal Newman Society authors then structured the standards into conventional standards-based language and format. Further input and review was provided by national standards expert, Dr. Sandra Stotsky, who oversaw the writing of the highly regarded Massachusetts academic standards and was a final validation team member by the developers of the Common Core before resigning in disagreement. Finally, the standards were reviewed by superintendents, teachers, and curriculum experts in three Catholic dioceses for clarity, applicability, and structure.

In addition to the standards, the document contains a number of appendices to assist implementation. To help orient instructional efforts, the document provides guidance on educating to truth, beauty, and goodness. The appendices also contain best practice information, a recommended reading list for Catholic schools, and a brief discussion on the assessment of dispositional standards.

The Catholic Curriculum Standards are intended primarily as a general resource for Catholic school curriculum developers, superintendents, and others familiar with creating curriculum and standards. However, anyone with an interest in Catholic education may find them useful. Those who interact with the standards are encouraged to select some or all of the standards that they believe might solidify and enhance the Catholic identity of their curriculum and integrate them into their larger educational efforts. 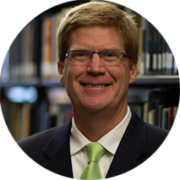 Dr. Dan Guernsey is a Senior Fellow at The Cardinal Newman Society. He is principal of a diocesan K-12 Catholic school. He earned his doctorate in educational administration and has master’s degrees in English and educational administration. He has worked for over 25 years in Catholic education as a teacher and a principal at the K-12 level and as an associate professor, department chair, dean of education, and president at the college level. 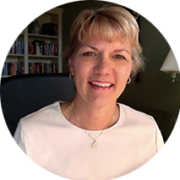 Dr. Denise Donohue is the Director of the Catholic Education Honor Roll at The Cardinal Newman Society. She earned her doctorate in school administration, with a concentration in curriculum development and a dissertation on the establishment of private, independent Catholic schools. She has served as interim chair and visiting assistant professor of a college education department, founder and principal of a Catholic high school, founder and religion coordinator for a Catholic grade school, and assistant head of a Catholic K-12 school.

A Note from the Project Leads

The Cardinal Newman Society offers these Catholic Curriculum Standards as a resource for educators to help keep focus on what is unique about Catholic elementary and secondary education: its evangelizing mission to integrally form students in Christ and transmit a Christian worldview.

The standards cover English language arts, math, scientific topics, and history, focusing on unique Catholic insights into these curricular areas and complementing the Church’s standards for religious instruction. They are broadly grouped into two grade levels, K-6 and 7-12. They express student levels of learning, inviting educators to assign or develop materials and choose subject matter that serve the unique mission of Catholic education.

We built the standards on the solid foundation of Church documents, the educational philosophies of faithful Newman Guide colleges, and many writings on Catholic, liberal arts, and classical education. We consulted with many leading Catholic scholars, school leaders, and standards experts to ensure the highest quality resource.

For parents and educators seeking more practical assistance, the Catholic Curriculum Standards are accompanied by lists of recommended resources and suggested literature. This website offers additional resources and a growing treasury of insights into Catholic education that may be useful to both parents and schools.

Even amid growing challenges in today’s society, Catholic schools and homeschool programs that embrace and celebrate the mission of Catholic education continue to thrive across the United States. The Cardinal Newman Society makes this free resource available to all educators, including parents, the primary educators of children, in hopes of continuing this renewal of Catholic education for the benefit of our children, our Church, and the common good they serve.

Developers of the Catholic Curriculum Standards Resources for Implementing the Standards

Full Webinar: An Introduction to the Catholic Curriculum Standards